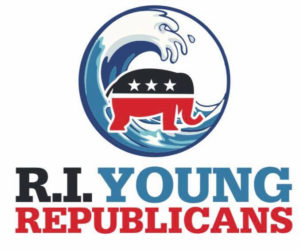 The Rhode Island Young Republicans (RIYRs) is a membership-based organization composed of conservative, young men and women aging from 18-40 years old, dedicated to making changes to legislation to ensure a better and more fiscally sound future for all Rhode Islanders. Our members are able to network with other young Conservatives, libertarians, along with candidates and elected officials from the Republican Party in Rhode Island, and are provided with first-hand insight into the struggles Rhode Island residents face due to increasingly progressive policies. Rhode Island is currently ranked 50th in business growth in the nation, and the RIYRs are committed to the fight for better policy as well as strides to change the failing education, transportation, and immigration systems.

The RIYRs’ mission is to promote a healthy and stern opposition to the machine politics present in Rhode Island, by creating momentum as a group of young, conservative activists that can obtain the knowledge to become a candidate or work on a campaign in the future. The RIYRs serve as the next generation of conservative leaders in Rhode Island, focused on reducing unethical government, creating better school systems, and growing a stronger business climate in the Ocean State.

Donate to the movement.

Your support is crucial to taking back the state. Donations are allocated to GOP supported candidates and to organize the grass roots movement to represent all Rhodies.

Gaining a presence online helps us get the word out!