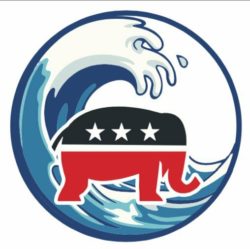 Mariah McDonald, A Rhode Island native from North Kingstown, received a Catholic education at the Prout School in Wakefield and is now pursuing a Bachelor’s degree in Political Science at the University of Rhode Island, where she is a member of the URI College Republicans. Upon graduating, Mariah plans to pursue a Masters in Strategic Intelligence and Analysis so that she can pursue work in counter-terrorism and national security.  She is passionate about supporting our nation’s armed services and has gained valuable experience through her internship with the Maritime Advanced Warfighting School at the Naval War College in Newport.

A 17-year-old college freshman from Cumberland, Aaron Wilcox is a political science major at Rhode Island College. While the debate aspect of politics interests him, it is engaging in dialogues and talking with people of differing opinions on a multitude of topics that Aaron enjoys most. One of his favorite things about the Ocean State is that due to its relatively small size, everyone seems to know each other, though he’s not yet sure whether this is a blessing or a curse as it pertains to politics.

The Young Republicans across the state would like to extend a warm welcome to these new leaders and we look forward to having them as part of the team! One comment on “RIYRs Welcome Mariah McDonald and Aaron Wilcox”