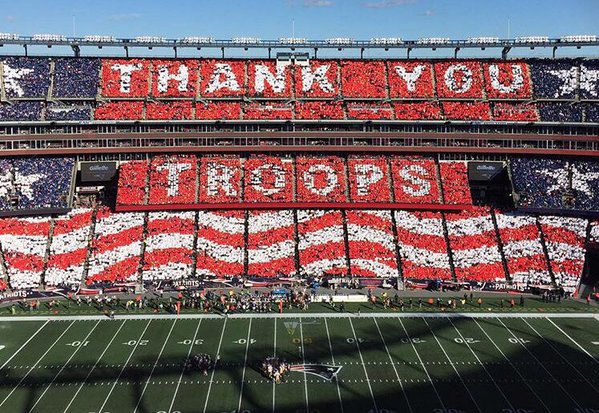 In the NFL preseason of 2016, then San Francisco 49ers quarterback Colin Kaepernick started the trend of kneeling during the National Anthem. Since then, professional athletes throughout American sports have used this method to protest police brutality and racial inequality throughout the United States.

The protests have increased in size during the current NFL season, and they’ve been met with criticism by fans, owners, and politicians alike. A few days ago Jerry Jones, owner of “America’s Team”, declared that “if there’s anything that is disrespectful to the flag, then we will not play.” In Week 1, Jones knelt and locked hands alongside his players prior to the National Anthem to protest, but then stood alongside the team to honor the flag. Jones has been called “a slave owner” by ESPN commentator Michael Wilborn for issuing this declaration, and for demanding his players respect the flag and the people who have died protecting the NFL players’ rights to lace up on the gridiron each week.

We face numerous social problems as a nation right now, but disrespecting our flag, our national anthem, and our servicemen and women will solve none of these problems; it will only add to the social divide that exists in our society today. Athletes using their platforms to raise awareness for social issues are a positive part of the growing conversation about changes in America; however, disrespecting our national identity and consistently reducing American pride in the mainstream media is not the way to do it. Disagreeing with the man elected President, or the people in office doesn’t mean we should trample over and disrespect the 241 years of sacrifice and courage it took generations before us to preserve our democracy. As a whole, our generation has started to take for granted the many privileges and freedoms we have as Americans and tend to exaggerate the poor conditions that citizens in our country face when, in fact, they pale in comparison to other countries.

A Brazilian soccer player playing for Paris St. Germain and the Brazilian National Team, Dani Alves started his life sleeping on concrete beds. Living in what Americans would call a shanty, he did anything he could to get his feet on a ball and make it as a soccer player to build a better life for his family. There are injustices across the world, from Brazil to the United States, but you will never see a Brazilian kneel for their national anthem. Even though their President has been the subject of multiple corruption accusations, the Brazilians stand, sing, even tear up at the sound of their anthem. The conditions in America are much better than they are in Brazil, yet their citizens stand because they realize that unity, national pride, and identity are vital to the success of a nation.

Therefore, as a great nation, we must stand up and salute the flag together, and then open the conversation on how we can improve, instead of bickering amongst one another and disrespecting the people who have dedicated their lives to preserving our democracy. We’re better than this.