The Rhode Island Young Republicans Executive Board is pleased to endorse Cranston Mayor, Allan Fung, as the candidate for the office of Governor of Rhode Island. Allan has a proven record of taking charge on hard issues that directly affect the City of Cranston and its residents. During his tenure as Mayor, Cranston’s bond rating has increased multiple times, home values have risen, and taxes have had no increase four out of the last seven years.

As Mayor, Allan has worked to resolve the unfunded pension liability that the City faced with an aggressive plan that is already ahead of schedule since its inception. Allan has also spurred a dramatic increase in economic development making Cranston a popular destination spot. Parks and infrastructure have also been a priority of Allan’s administration. As a result of Fung’s efforts, Cranston has been ranked the “Best City to live in Rhode Island” as well as being named a top 50 city to live in the entire Country according to 24/7 Wall Street.

Allan has conducted himself in a manner that crosses party lines with compromises to best benefit Cranston residents. Mayor Allan Fung’s ability to manage natural disaster response and fiscal carelessness of prior administration is exactly the resume Rhode Island needs. The Rhode Island Young Republicans believe that with his proven ability to lead the second largest city in Rhode Island from near bankruptcy to a desirable and prospering place to live makes him the clear choice for Governor.

It is with proud enthusiasm that the Rhode Island Young Republicans support Mayor Allan Fung as our party’s candidate for the office of Governor of Rhode Island. 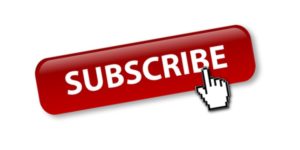